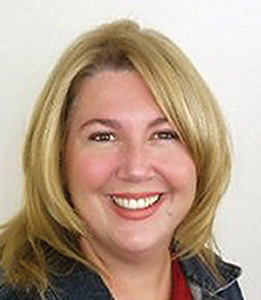 Responsible for PayPal’s large enterprise business in North America, Veronica is a strategic advisor to many top retail leaders and their organizations. Veronica joined the eBay Inc. organization in April 2011 to lead marketing and business development across the fashion vertical. Before joining eBay Inc., Veronica was the Vice President of Strategic Partnerships and Business Development at David’s Bridal. Her experiences as a retail executive include running e-commerce, digital and marketing. Prior to joining David’s Bridal, Veronica worked for the Polo Ralph Lauren Luggage Company. Veronica has served on the CRMC Committee, Global Retail Marketing Association, E-tail, and Aberdeen’s Retail Advisory Boards. During Veronica’s tenure as a retail executive, Chain Store Age named Veronica one of the top forty retail executives under the age of forty. For the past three consecutive years, Remodista has named Veronica as one of the Women 2 Watch list in Retail Disruption.

Veronica earned her Master’s in Business Leadership at McDonough School of Business, Georgetown University in 2005. Veronica has served as an executive board officer for PAWs, is on Bright Pink Board and volunteers for the American Red Cross. In 2017, Veronica was honored to receive the Spirit of St. Jude Award. Veronica currently resides in New York with her husband, Ed, and her daughter, Amelia.